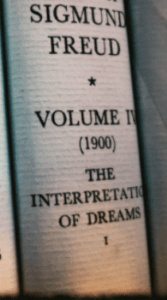 The APTP curriculum traces the course of psychoanalytic theory from its fin de siècle Viennese origins to the contemporary neurobiological findings over the course of the four years.

First Year
We begin by reading the cases of Sigmund Freud and his contemporaries to acquaint ourselves with the foundational concepts and radical nature of our discipline. This includes the influence of cultural context, the concept of the biological drives, infantile sexuality, transference, and the extent to which psychoanalytic theory has been inextricable from clinical practice from its inception.  This is followed by the study of Anna Freud’s contributions and Post-World War II Structural Theory. This sequence acquaints us with the concept of ego functions and defense. Introduction to Contemporary Psychoanalytic Viewpoints assists the Associates in understanding the relationships and differences among the major theoretical schools of psychoanalysis. Finally, Introduction to Child Analysis exposes us to applying psychoanalytic concepts to work with children and adolescents.

Second Year
In the second year, we study Modern Structural Theory, post-Freudian and American Object Relations theory. Associates become further familiar with the concepts of ego functions and defense as well as separation and individuation as perspectives by which to understand analytic treatment via the transference. By the end of the second year SPSI Associates will have a thorough working understanding of the fundamentals of psychoanalytic theory.

Third Year
In the third year we study British Object Relations Theory, including the contributions of Sandler, Winnicott and Klein, and contemporary analytic theories and ideas including the relational and intersubjective points of view. These theories expand our understanding of technique to view the psychoanalytic relationship as a communicative field where transference/countertransference are viewed as aspects of one constellation.

Fourth Year
In the fourth year, we study Intersubjective and Relational theories. This course further builds an appreciation of the analyst’s contributions to the psychoanalytic relationship and process, including enactments and development of the “analytic third.” A final seminar is devoted to neuropsychoanalysis, although aspects of this field are included throughout the curriculum

Second Year
Infant Observation and Development from Pregnancy  to 18 months
We begin the study of Human Development with a year-long course on early infant development, recent research and attachment theory, alternating with Infant Observation. Meeting weekly in a family’s home, SPSI Associates observe a mother or primary care giver with his/her infant from birth through the first birthday, and write weekly narratives of the observations. Associates complete the Massey-Campbell Scale of Mother-Infant Attachment Indicators During Stress, discuss observations in class and write a final paper including the attachment scale and countertransference reactions.

Third Year
18 months to year 7; the pre-Oedipal and the Oedipal phases
The pre-Oedipal psychic tasks include mentalization, anality, aggression, play, object and self-constancy, gender, the influence of the father or other in character development, separation individuation, and the development of autonomy. The Oedipal tasks include management of phallic drives, psychic structure formation, sexual identity, triadic object relations, and sexual and gender development.

We study psychopathology in each of the first three years of the program: first year- Neurotic Character and Symptom Disorders, second- Borderline Character, and third- Severe Character Pathology and Psychosis. Topics are presented to coordinate with both the Theory and Human Development courses. Psychopathology is the conceptual link between theory and the immediate psychoanalytic process. Psychopathology is drawn from several paradigms to assess and categorize clinical phenomena. These include the trauma/strain model, conflict and fixation as well as neurobiological correlates and psychiatric descriptive approaches. The goal of the psychopathology courses is to teach the Candidate psychoanalytic assessment and how to work with emotional disturbances via the transference/countertransference situation.

Throughout the four-year program, we study the practical techniques needed for conducting psychoanalytic treatment, from the evaluation of suitability for analysis through the complexities of termination. Ethical issues are addressed throughout the Process seminars.

First and Second Years
The first and second year courses are directed towards helping Candidates with their training cases, as conducting psychoanalysis is essential to learning the psychoanalytic process. We focus on the application of the fundamental concepts of analysis to the treatment situation, especially the psychoanalytic frame and ethics, transference/countertransference constellation, and defense and resistance. We cover related topics including interpretations and other interventions, the therapeutic alliance, the use of dreams, writing case formulations and the analytic approach to time and money. We look at the evolution of the analytic process in order to place contemporary thinking and practices into an historical context.

Third and Fourth Years
In the third and fourth years, our studies include “working through” and other technical issues encountered when conducting a psychoanalytic treatment. In the final year, we focus on the late middle phase and the process of termination, including the transition from middle phase to termination.

The fourth year includes 11-16 weeks of electives, typically allowing exposure to concepts of interest and to instructors not already available to that group of Associates.