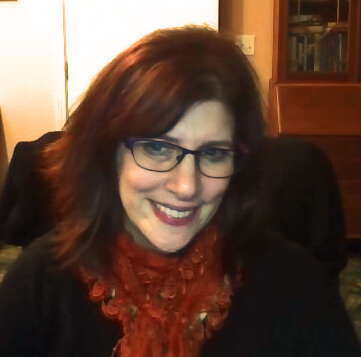 Soon our 2016-2017 academic year will begin, and I want to thank everyone for your support and dedication to SPSI.

Over the past few years our faculty and associates have worked diligently to enhance our institute and facilitate our esprit de corps. To do so, we have developed a methodology for recognizing our individual achievements and contributions, as well as a process of working out conflict. Our open discussions have deepened our commitment to SPSI and enhanced our relationships with one another. And, we continue to work accordingly.

I would like to express my gratitude to all of you who have contributed to SPSI as teachers, committee chairs and members, Board members, donors and students. Your efforts are valued and appreciated.

Over the last few years, there have been some major changes in the structure of our parent organization, the American Psychoanalytic Association, with more changes to yet come. Members of APsaA will be voting on what is called the “Six Point Plan” next year. If passed, this will change APsaA from a regulatory organization to a membership organization resulting in significant changes at the local level. SPSI will then have the opportunity to reorganize our policies and procedures, including TA appointments, in the direction of more flexibility. APsaA will no longer provide the bedrock of standards, but the standards of the International Psychoanalytic Association will become our baseline. Over the course of this upcoming year, we will be discussing how we would like to shape our organization. Faculty meetings will, in part, be devoted to whether and how we would like to change our vision, policies and procedures.

As a result of these changes, site visits by the Committee on Institutes of the American Psychoanalytic Association have become optional. Given that SPSI already has full accreditation by the ACPEinc, we decided to cancel our scheduled COI site visit. This, of course, has freed up many resources (time and money in particular), allowing us to focus more on local issues.

There have been many transitions over the last year.

Sadly, George (Mike) Allison, M.D. passed away. Mike was one of the founding members of our organization, a past president of APsaA, and a beloved member of our community. He will hold a special place in our hearts, and will not be forgotten.

On a brighter note, the years of 2015 and 2016 have seen the graduations of many associates in our core psychoanalytic training program. Congratulations to Babak Roshanaei-Moghaddam, M.D., Luke Rho, M.D., Babs Glover, M.A., LMHC, Bertrand Wicholas, M.D., and Greg Silverman, JD (who graduated from the Academic Associate Program). We are very fortunate to have these individuals continue on as faculty and Board members at SPSI.

Congratulations are also in order for the achievements of several of our members:

We have several continuing education programs planned for this year:

Finally, you are all invited to the first art opening of the new academic year on September 9th from 6:00-9:00pm. We will be featuring art by Liz Ulrich, Cara Alexander, Karl Krogstad, Trish Lipscomb, Michael Miller, Maaike Bakker, Gina Ballí, Veronique Burke, Rob Janes and Eve Wright. Music will be provided by Sandy Walker, Katie Rene, Jake Powell and Jeff Davies. Admission is free. Drinks and appetizers will be served.